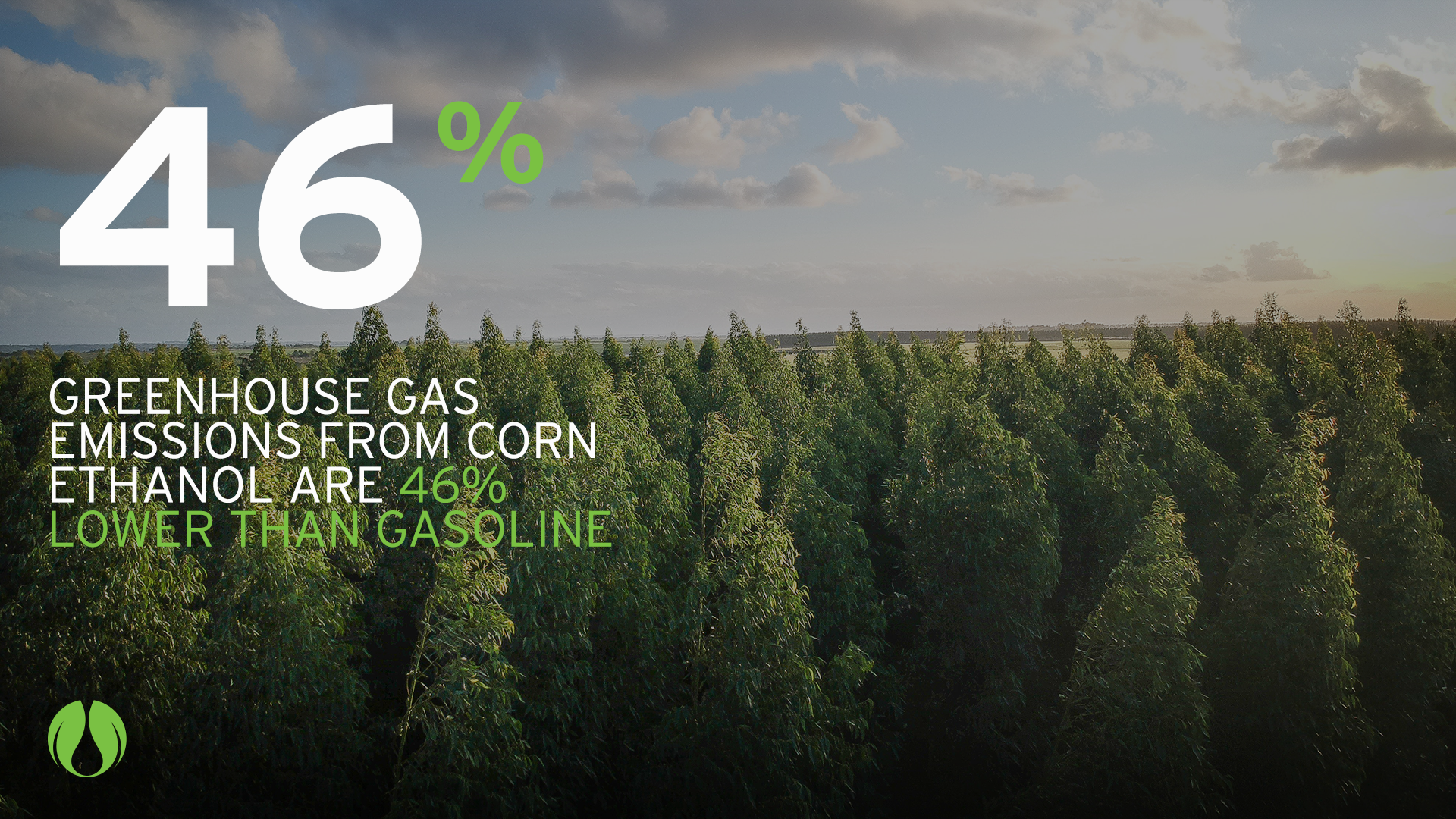 Biofuels like ethanol significantly reduce GHGs today and will play a key role in achieving decarbonization in the transportation sector in the future. At the same time, biofuel producers are encouraging more sustainable farming practices to find further GHG reductions in the agriculture sector and meet growing demand for renewable products. 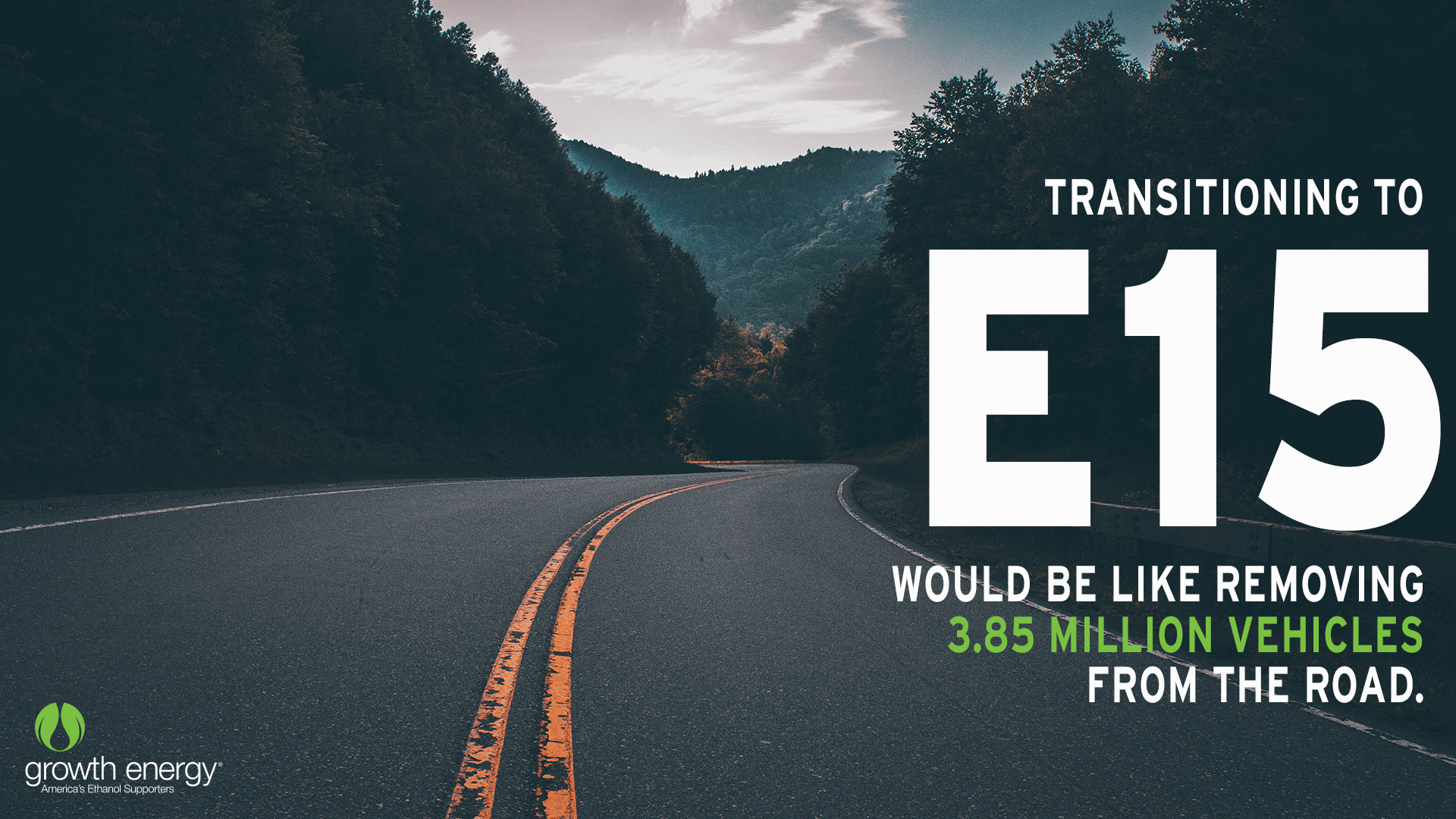 In 2018, the transportation sector accounted for 28% of U.S. emissions, the leading source of all emissions in the United States. According to the U.S. Energy Information Administration, light-duty vehicles compromise nearly 55% of total transportation emissions, meaning an increased level of low-carbon ethanol blends will immediately help reduce a major factor in U.S. emissions.

Ethanol can play a major role in supplying the fledgling sustainable aviation fuel (SAF) industry, which reduces aviation carbon emissions. In order to meet this challenge, we need to have a strong a vibrant ethanol industry today, and we must ensure that the life cycle assessment (LCA) we use has the most up-to-date science available. Read more in our fact sheet here.

In addition to reducing carbon pollution, biofuels like ethanol improve air quality by reducing other types of pollution caused by gasoline. Studies have found that, when added to gasoline, ethanol reduces emissions of ultra-fine particulates found in smog and toxic emissions at the tailpipe. Moreover, the higher the ethanol blend, the greater the health benefits. This fact is particularly important as we work to improve air quality in our cities and at-risk communities.

Since 2011, California’s Low Carbon Fuel Standard (LCFS) program has relied heavily on biofuels to achieve meaningful greenhouse gas reductions. We have ten years of hard data to analyze the continued improvements in ethanol’s environmental performance and efficiency. Data from the California Air Resources Board (CARB) shows that the carbon intensity (CI) for ethanol has dropped dramatically, even as the carbon intensity of gasoline has increased: 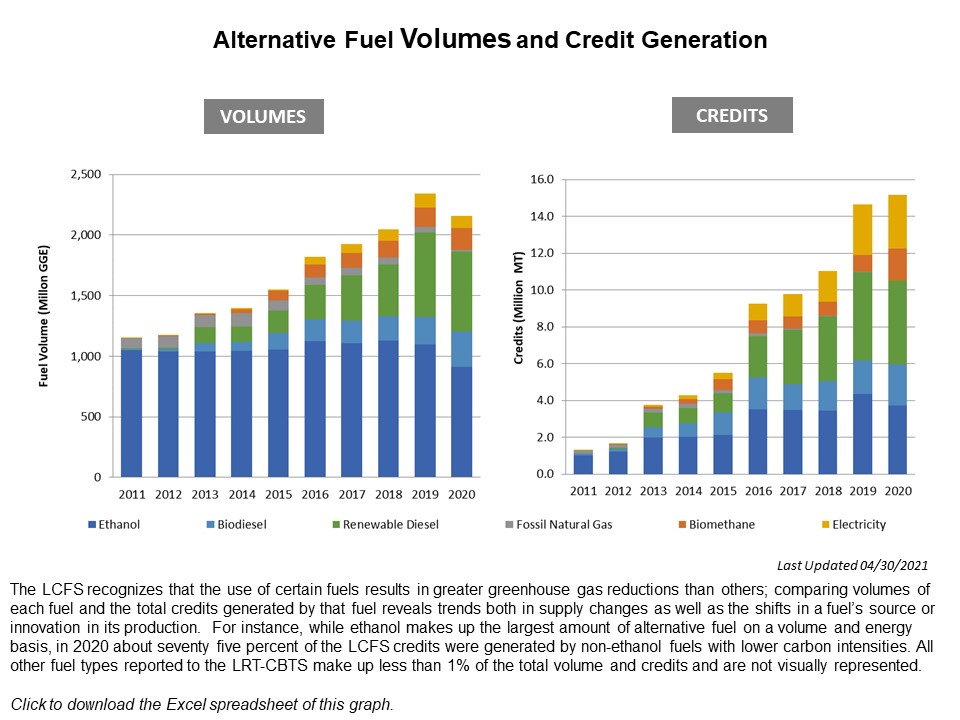 While gasoline’s CI increased from 95.9 g CO2e/MJ (grams of carbon dioxide equivalent per megajoule) to 100.9, ethanol made significant CI improvements from 88.5 to 59.3. With proper incentives and carbon credit allotments, this metric continues to demonstrate ongoing progress by the nation’s farmers and ethanol producers.