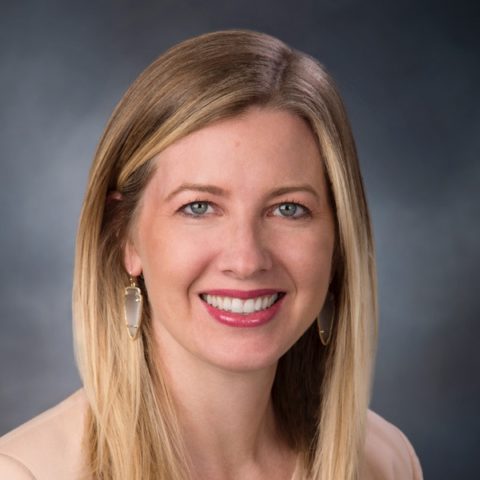 Emily Skor leads the country’s premiere biofuel trade association, representing over half of the nation’s total ethanol production and tens of thousands of ethanol supporters around the country who work to bring consumers cleaner burning, healthier, and more affordable fuel choices at the pump.

Since joining Growth Energy, Skor has led initiatives to grow the retail footprint for higher biofuel blends across the U.S. — which has expanded across 30 states under her leadership.

In 2016, Skor launched the organization’s first consumer education initiative — Get Biofuel — to redefine ethanol as a cleaner, more affordable fuel choice, which has helped lead to over 25 billion miles driven by Americans on higher ethanol blended fuel.

In 2018, Growth Energy executed a savvy public affairs campaign, securing a historic win in the granting of year-round sales of E15 — the highest priority for the industry and rural America for over a decade.

Most recently, Skor’s leadership in promoting biofuels’ emissions reduction benefits has repositioned ethanol as a critical tool in decarbonizing the transportation sector and reaching net-zero climate goals by 2050.

Growth Energy membership has grown under her leadership to include 90 plant producers and 106 innovative businesses that support biofuel production, including the largest ethanol producers in the country – POET, ADM, Marquis Energy, and The Andersons.

Prior to joining Growth Energy, Skor served as Vice President of Communications for the Consumer Healthcare Products Association (CHPA) and as the Executive Director of the CHPA Educational Foundation. Before joining CHPA, Skor served as senior vice president at a nationally recognized crisis management firm.

Skor graduated Phi Beta Kappa from Wellesley College and is a trustee of Aidan Montessori School. She lives in Washington, D.C. with her husband and two children.

WASHINGTON, D.C. – Today, Growth Energy CEO Emily Skor submitted comments to the U.S. Department of Agriculture (USDA) as part of USDA’s Agriculture Innovation Agenda, regarding readily available technologies that enable our domestic agriculture sector to increase production while reducing its environmental footprint. In her comments, Skor argued that biofuels like ethanol play a critical role in achieving the department’s […]

WASHINGTON, D.C. – Advocates and experts have virtually converged in Washington, D.C. this week for Growth Energy’s annual Biofuels Summit to advocate for biofuels in our nation’s capital. Growth Energy CEO Emily Skor kicked off this year’s all-virtual event with opening remarks and a fireside chat on industry priorities with Growth Energy Chairman of the […]