The 2022 Growth Energy Biofuels Summit (GEBS) returned to in-person hill meetings at a critical moment for the biofuels industry, as lawmakers are focused on affordable and accessible fuel, energy independence, and a thriving middle America.

Meeting attendees discussed our industry’s renewed push for a stronger Renewable Fuel Standard (RFS) – one that ensures ethanol continues to play a growing role in meeting our nation’s climate needs and energy demands.

GEBS also coincided with the end of the 2022 summer driving season, which allowed attendees in over 150 Capitol Hill meetings promote the meaningful cost-savings higher blends offer consumers – with an ask that Congress provide a permanent, federal fix so drivers can access lower-cost E15 year-round, nationwide, and in the summers to come. 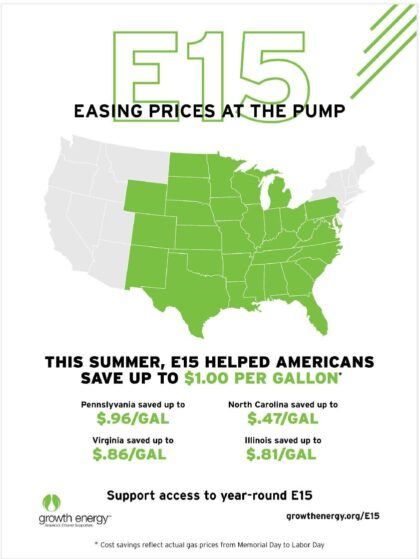 Growth Energy ran an ad in POLITCO during GEBS calling on lawmaker to support year-round access to E15.

Growth Energy CEO Emily Skor kicked 2022 GEBS by applauding the Biden Administration’s summer waiver for E15, allowing American drivers to save nearly a dollar per gallon in some markets. She also acknowledged the hard work of congressional champions who secured key biofuel provisions in the recently enacted Inflation Reduction Act and expressed support for the EPA’s decision to set forward-looking Renewable Volume Obligations (RVO) for 2022. 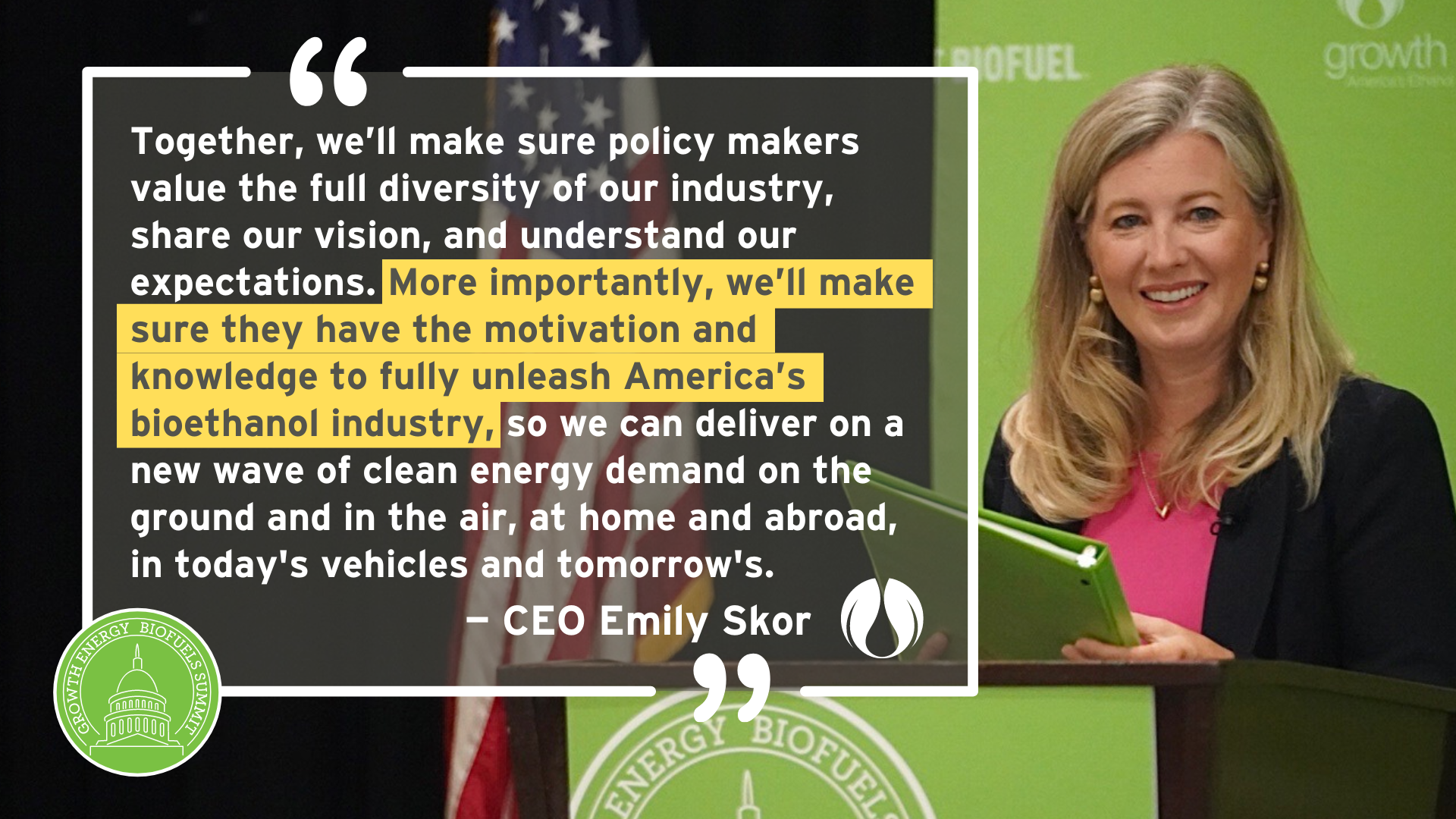 “The work is far from done. There are still critical industry priorities on the docket, and big policy changes could arrived later this year. We cannot take our foot off the gas. That’s why we’re demanding an even stronger Renewable Fuel Standard – one that will move America closer to a net-zero future, deliver more savings at the pump for working families, strengthen U.S. energy security, and drive further investment in rural communities.” -- CEO Emily Skor

“EPA’s emergency waiver only applies to this summer’s driving season. We continue to work hand in hand with our retail partners to demand a permanent fix so drivers can access lower-cost E15 year-round, nationwide, in the summers to come.” -- CEO Emily Skor

“Together, we’ll make sure policy makers value the full diversity of our industry, share our vision, and understand our expectations. More importantly, we’ll make sure they have the motivation and knowledge to full unleash America’s bioethanol industry, so we can deliver on a new wave of clean energy demand on the ground and in the air, at home and abroad, in today's vehicles and tomorrow's.” -- CEO Emily Skor

Hearing Directly from the Biden Administration 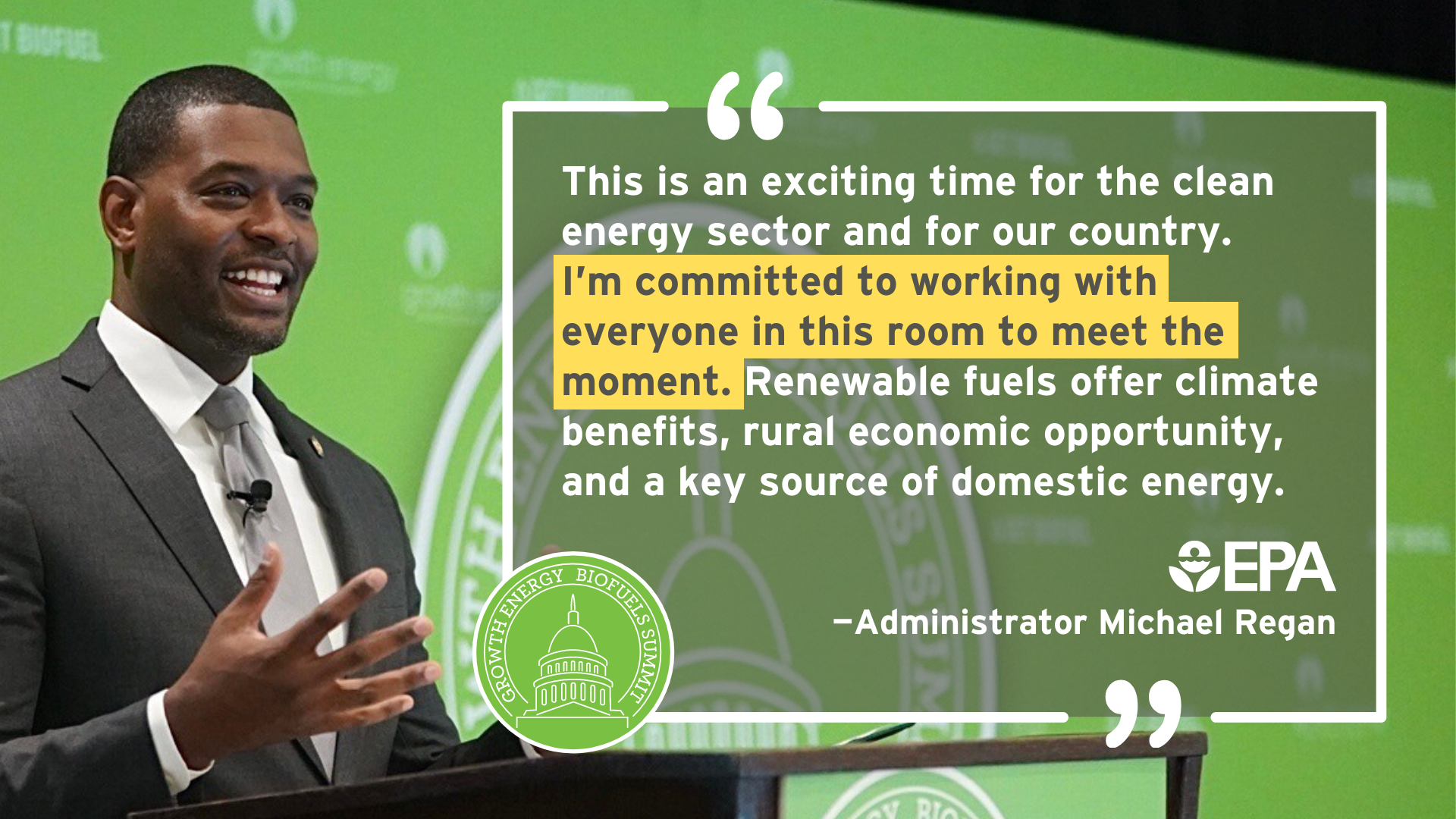 “The 2022 RVO is the largest volume ever finalized by the EPA and will place the RFS program back on a trajectory of responsible growth. In addition, this year EPA denied more than 100 small refinery exemptions that were pending before our agency. By denying the SREs, we have signaled a significant shift from the prior administration, all while remaining transparent and allowing all of our stakeholders the ability to review our technical and legal analysis. Together, these actions reflect this administration’s commitment to resetting and strengthening the RFS programs while supporting domestic low-carbon alternatives to fossil fuels.” -- EPA Administrator Regan

“Looking beyond 2022, EPA is actively engaging with several Midwest governors who have requested that the agency take action to allow year-round E15 sales on a permanent basis. We will continue to engage with these states and will act in accordance with our authority under the law…We intend to finalize this action in time for the 2022 summer driving season.” -- EPA Administrator Regan

“Last but not least, President Biden has been clear that addressing the climate crisis is a key priority that requires a whole of government approach. Biofuels play an essential role in helping the United States meet our long-term climate goal, and meeting the greenhouse gas emission threshold is fundamental in under pinning the implementation of the RFS program.” -- EPA Administrator Regan

“This is an exciting time for the clean energy sector and for our country. I’m committed to working with everyone in this room to meet the moment. Renewable fuels offer climate benefits, rural economic opportunity, and a key source of domestic energy. During the uncertain global times, we will continue to lean on the biofuel industry to help us achieve our goals.” -- EPA Administrator Regan 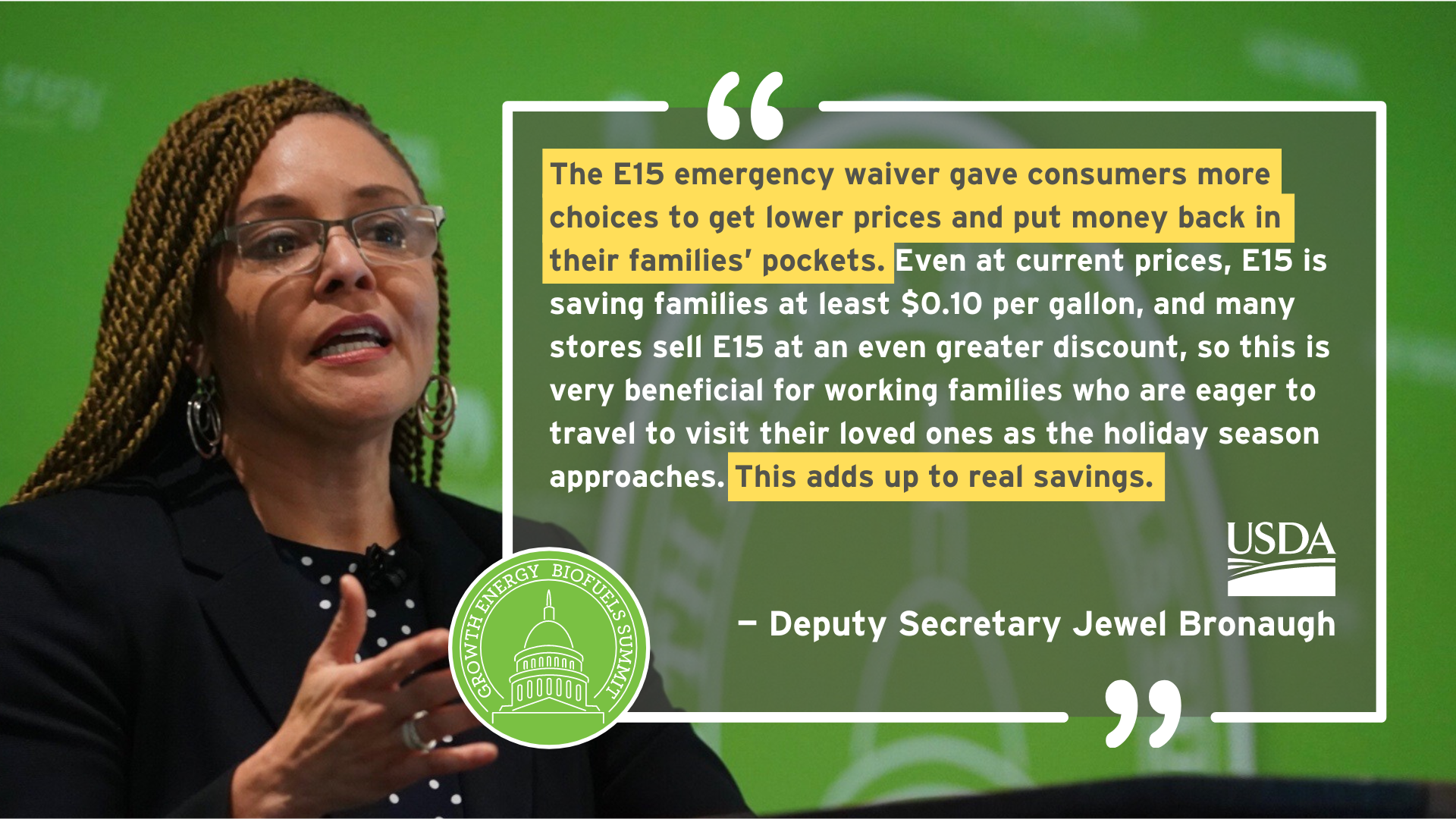 “The E15 emergency waiver gave consumers more choices to get lower prices and put money back in their families’ pockets. Even at current prices, E15 is saving families at least $0.10 per gallon, and many stores sell E15 at an even greater discount, so this is very beneficial for working families who are eager to travel to visit their loved ones as the holiday season approaches. This adds up to real savings.” -- USDA Deputy Secretary Jewel Bronaugh

“Allowing higher levels of blending will reduce our dependence on foreign fuels because it opens the door for us to rely more heavily on homegrown biofuels. And as our country continues its leadership when it comes to protecting our planet, it means all of you are at the forefront of increasing our energy independence. It’s because of your efforts in the biofuels industry that countries across the globe are looking to America as a model of what can and will be the future of energy." -- USDA Deputy Secretary Jewel Bronaugh

Meeting with congressional offices on key policy issues is the primary goal of the Biofuels Summit, but so is thanking our congressional biofuels champions for everything they do to support our industry. As members conducted almost 150 Hill meetings, they presented Fueling Growth Awards to those elected officials from across the country who have championed the RFS and homegrown biofuels to support ethanol producers and the rural economy.