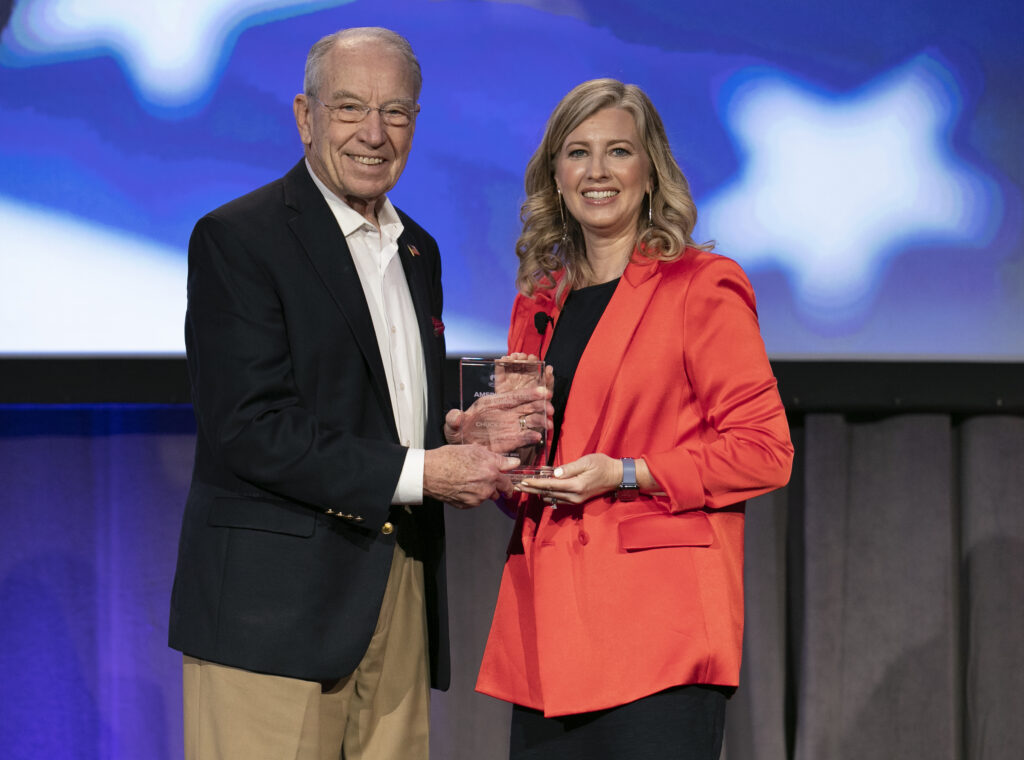 MIAMI, FLA. — Today at its annual Executive Leadership Conference (ELC), Growth Energy awarded U.S. Senator Chuck Grassley of Iowa with its highest honor, America’s Fuel Award. America’s Fuel Award is presented to an individual who has gone above and beyond the call of duty as a champion for the renewable fuels industry. Growth Energy CEO Emily Skor congratulated Senator Grassley on his award and thanked him for his years of service to the biofuels industry:

“In Washington, when you think of ethanol, you think of Senator Chuck Grassley,” said Skor. “An Iowa farmer with first-hand knowledge of the biofuels industry, Senator Grassley is a constant source of support and offers us a strong and storied voice on Capitol Hill on our key issues. You’d be hard pressed to find anyone who works harder for this industry than Senator Grassley. We are fortunate to have such a revered member of the U.S. Senate in our corner, particularly in light of recent political gridlock in Washington. I can’t think of a better person to receive the 2022 America’s Fuel Award than Senator Grassley. Congratulations.”

On April 12th, team members across POET came together to make @POTUS's visit to POET Bioprocessing – Menlo in Iowa one to remember for the company, the biofuels industry, and America. Read the full story in the latest issue of Vital! https://t.co/RvswvfH3I5

The #InflationReductionAct heads to House Aug. 12. But before the Senate #votearama, @GrowthEnergy's John Fuher joined the Capitol Crude #podcast to talk #biofuels impacts if the bill makes it to @POTUS's desk https://t.co/3ADz0jI36S

On Sunday, the U.S. Senate passed legislation to move our country toward a cleaner energy future. Tune in to hear from Growth Energy VP John Fuher on how the bill positions biofuels to continue to innovate and contribute to our nation's emissions reductions goals. @SPGCIOil twitter.com/SPGCIOil/statu…