Last weekend was an extremely successful showing for American Ethanol in both NASCAR and NHRA.

It was a historic weekend for Richard Childress Racing (RCR), one of the most storied teams in all of NASCAR, as they celebrated the team’s 50th anniversary. In the fall of 1969, Growth Energy Board Member and Chairman and CEO of RCR Richard Childress got his first opportunity to compete in a NASCAR-sanctioned race due to 16 drivers going on strike before a race at Talladega Superspeedway. That strike opened the door for Childress to get behind the wheel for the first time as a NASCAR driver, and the rest is history, as Childress built a dominant racing team that has been a cornerstone of the sport ever since.

To mark the occasion, Childress himself took to the track once again to drive the official pace car for the 1000Bulbs.com 500 at Talladega in Dale Earnhardt’s legendary No. 3 Chevy. Last Sunday’s race marked the first time Earnhardt’s iconic black and red No. 3 car – still equipped with the same engine he used to secure his final NASCAR victory in 2000 before his tragic passing in 2001 – had been taken out of the RCR museum. You can watch the video of Childress driving the car on the RCR twitter here.

Dillon Places 6th at Talladega
Austin Dillon’s No. 3 American Ethanol Chevy Camaro ZL1 was also decked out in style in celebration of the 50-year anniversary, featuring a gold No. 3 and gold accents on our American Ethanol “e” logo. Dillon’s performance lived up to the occasion as he drove a fantastic race, avoiding multiple big wrecks that are a hallmark of Talladega, and ultimately fighting his way up the field from the 18th position to a 6th-place finish in the American Ethanol No. 3 car. 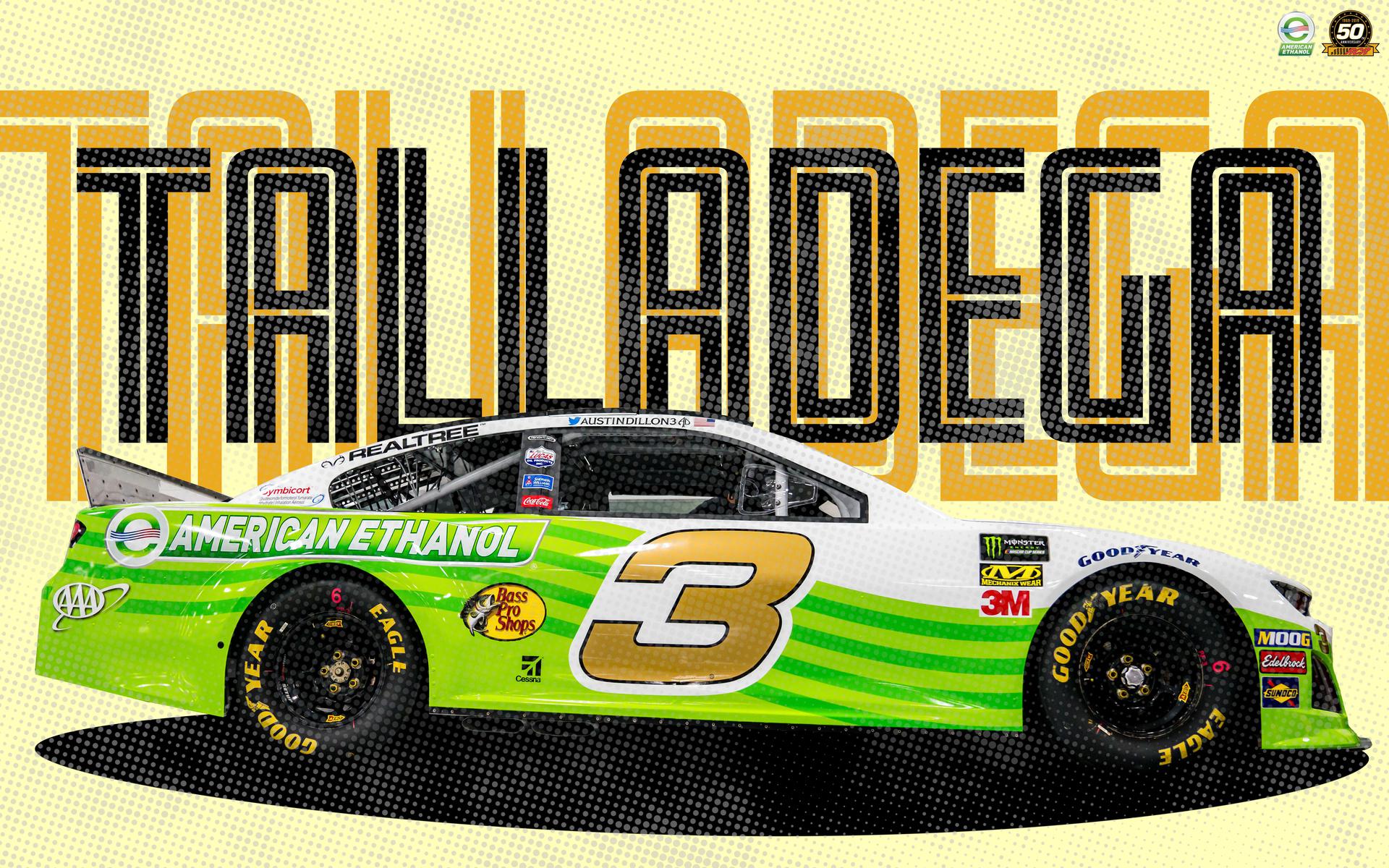 Kramer Wins Big in Carolina
Austin Dillon wasn’t the only American Ethanol driver to wow fans on the track, as NHRA Pro Stock driver Deric Kramer and his American Ethanol team won a playoff race on Monday after a rain delay. Kramer’s win, his second of the season, came at the NTK NHRA Carolina Nationals at zMAX Dragway.

Like Dillon, Kramer had to overcome adversity and turned in a clutch performance to ultimately score the massive win. In the final round, Kramer and his competitor Matt Hartford took off at nearly the exact same time, each with a .03-second reaction time, and Kramer’s 6.541-second, 211.33 mph run ultimately edged out Hartford’s 6.558-second, 211.00 mph pass. The win moved Kramer up to 5th-place in the Countdown to the Championship standings, meaning he is still in the hunt with three Pro Stock races left this season. 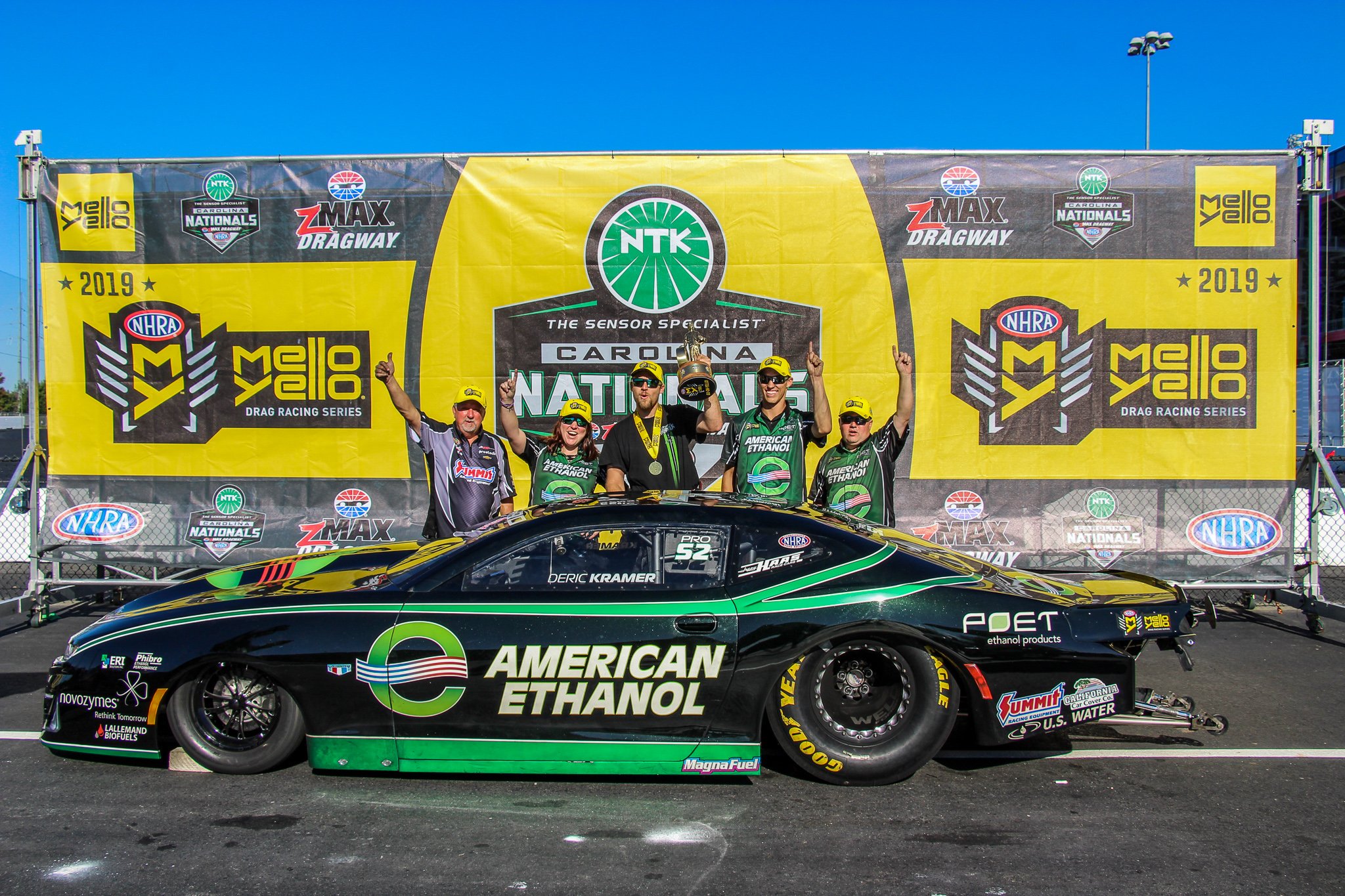 It was a thrilling weekend for all American Ethanol supporters, and we look forward to sharing even more insight about the races in our weekly American Ethanol Performance Update to Growth Energy members.