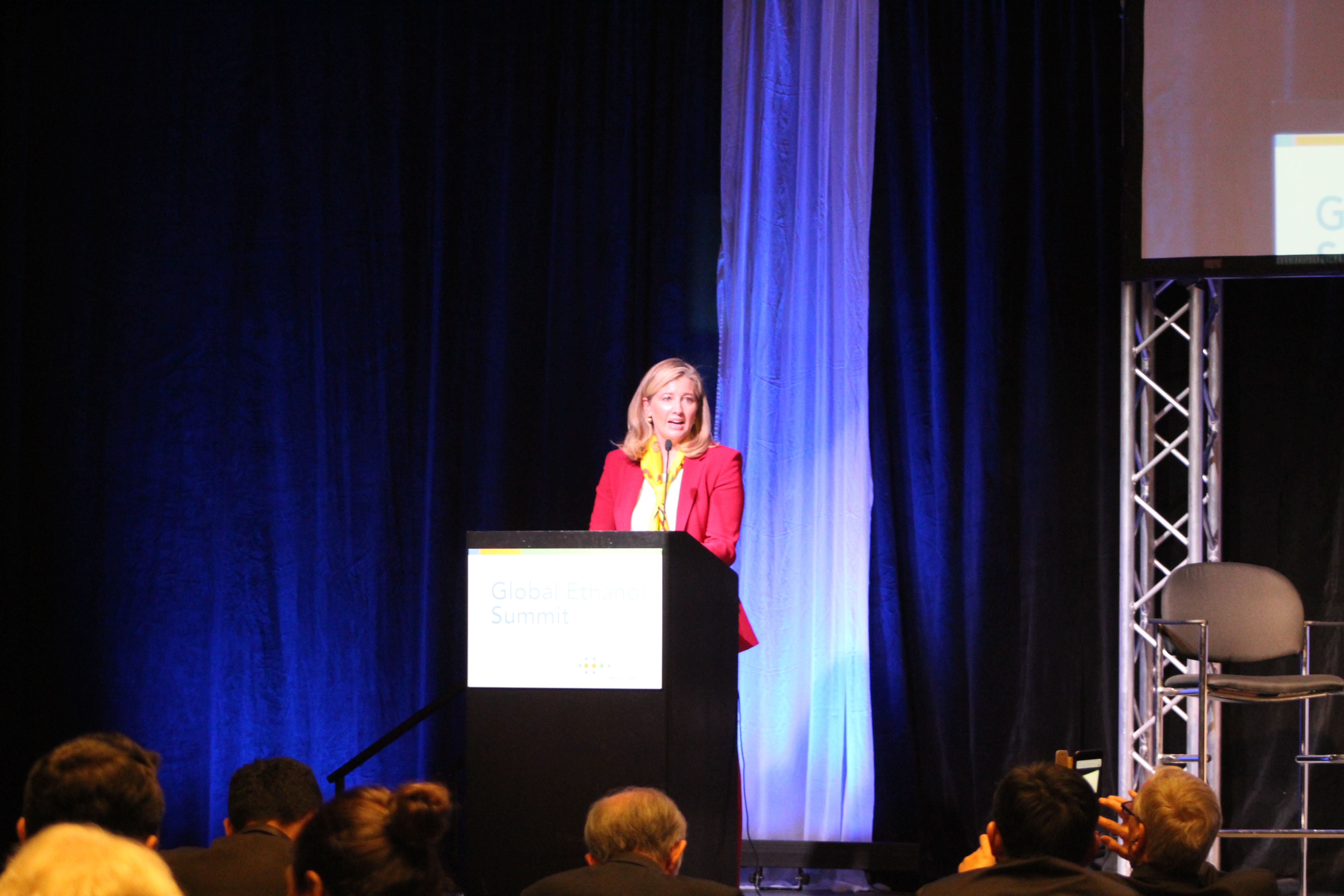 In her remarks, Skor spoke on retailer adoption of ethanol bends and the fuel’s growing popularity in the U.S. and abroad:

“Some of the most well-known U.S. retailers like Kwik Trip, Casey’s, Sheetz, not only carry the nation’s standard 10 percent ethanol blend – but they are also among the over 1,900 stores who are offering E15, a fifteen percent blend of ethanol. And we’re seeing that number of retailers offering this fuel choice continuing to grow. That’s because these retail giants know ethanol’s value, and so do their customers. They are comfortable, and excited, about putting their million and even billion-dollar brands behind engine-smart, earth-kind biofuels…Ethanol blended fuel is becoming the new global norm for consumers, and along with it, the promise of a low-carbon future.”

Additionally, Skor highlighted that “this growing trend of adoption across the globe shows that governments are looking to biofuels to meet their climate goals with a choice that drivers feel good about.”

During the summit, attendees have the opportunity to hear from experts ranging from decarbonizing our transportation fuel and the human health benefits of ethanol to favorable policies and ongoing trade discussions. The summit is being held in from Oct. 13 – 15 in Washington, D.C.

We give a lot of attention to the farmers and ethanol producers, but our industry relies on quite a few more links in the supply chain. This is a great look at the hardworking folks who haul corn from the farm to the plant year-round. ksn.com/gooddaykansas/…

#E15 hits a milestone, but @EmilySkor @GrowthEnergy says @EPA must provide #biofuels “regulatory clarity and certainty to get the industry on the road to recovery” https://t.co/uwXEKZyAgp

It was great meeting with @GrowthEnergy on Wednesday to talk biofuels & trade. The COVID-19 pandemic has only deepened the challenges facing our ag & energy industries, and it was great to discuss solutions. I’m committed to getting real help for our farmers and producers. #IA01