Opening markets for ethanol abroad is a critical component of ensuring continued economic growth for U.S. ethanol producers and farmers. This week, our members are taking that message to our nation’s capital during Growth Energy’s annual Biofuels Summit and asking our elected officials to create fair and open markets conditions for ethanol around the globe. 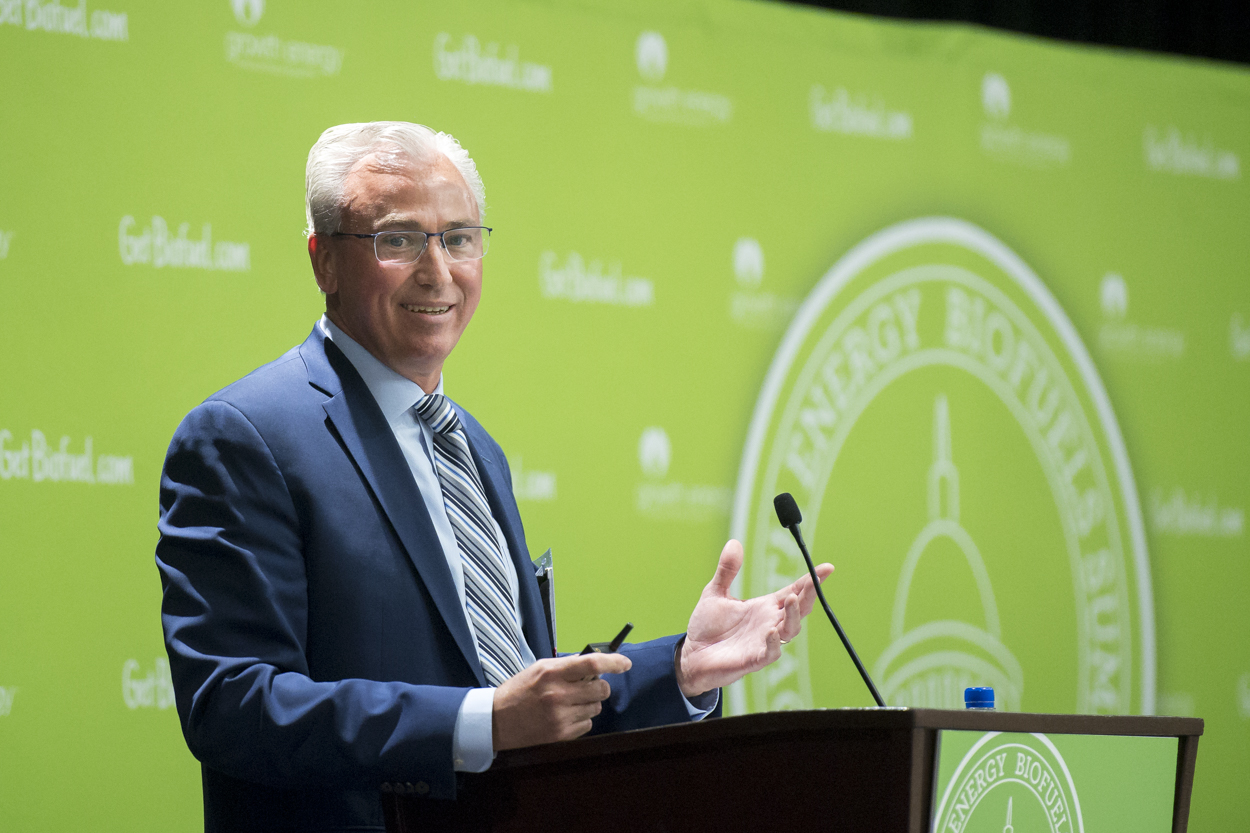 To help prepare our members for their meetings with legislators, Growth Energy’s Senior Vice President of Global Markets Craig Willis briefed attendees on our continued efforts to break down trade barriers around the globe and outlined some of the critical issues facing ethanol abroad. Despite trade tensions, ethanol’s popularity is on the rise globally due to its environmental and economic benefits, and countries like China and India have turned to the fuel alternative to meet their blending targets and climate goals. Craig offered his insights on our grassroots efforts to expand retail opportunities for U.S. ethanol abroad:

“We’re utilizing our Prime the Pump relationships and technical expertise. For example, we’ve had six Prime the Pump retail meetings with Mexican fuel retailers and stakeholders just since June,” Willis said. “We’ve had Mike Lorenz from Sheetz and Nathaniel Doddridge from Casey’s talking to [Mexican] retailers – and it means so much more to have American retailers tell Mexican retailers that it helps their bottom line. Additionally, we’re also utilizing our technical expertise through consultants like Kristy Moore to go down to these retailers and talk about how to go from E0 to E10. It gives them a lot of confidence.”

Willis outlined this and more as he underscored the critical need to put an end to trade tensions amid ethanol plant closures and the worst downturn in farm income in a generation. With a potential for 15 billion gallons in new global ethanol demand outside of the U.S. and Brazil, there is huge opportunity to provide relief to our producers and farmers through more open markets for ethanol, and we are setting the stage for ethanol abroad by working with stakeholders at the market level all the way up to trade talks with government officials.

As our members take to the Hill tomorrow and Thursday, we will be advocating for reduced barriers to trade around the globe to ensure that biofuels can flourish both at home and abroad.