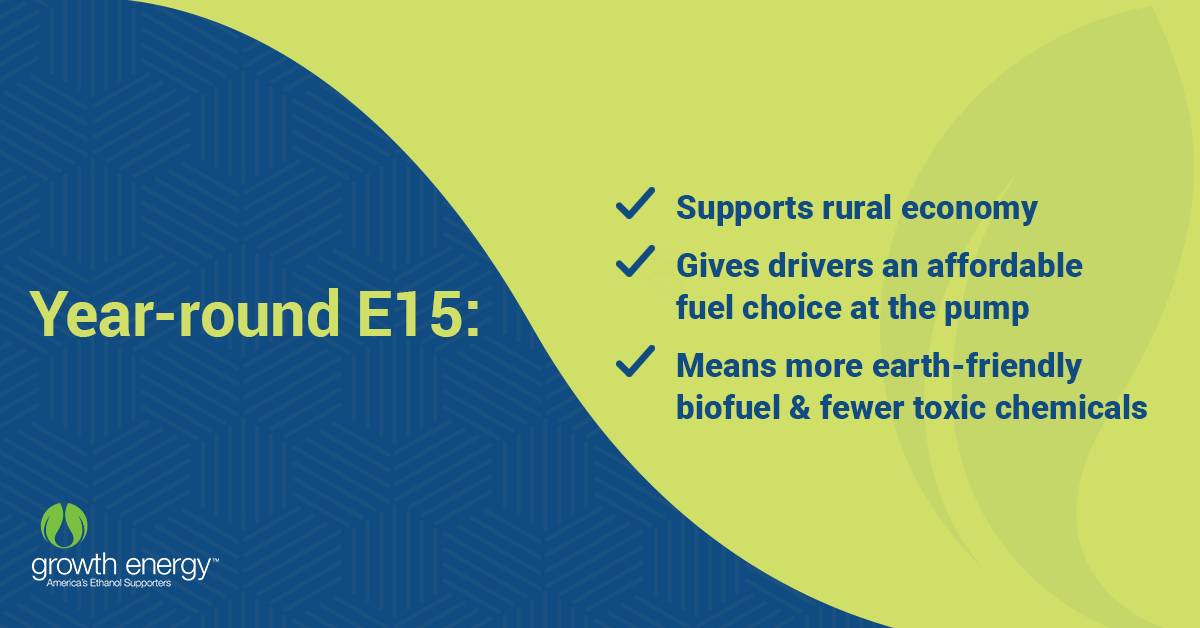 Great news! Year-round sales of E15 have finally been approved! That means that drivers across the U.S. now have the choice to fuel up with a cleaner, more affordable fuel option at the pump all year long.

Since our organization was founded in 2008, Growth Energy has led the charge in getting the U.S. Environmental Protection Agency (EPA) to lift an outdated restriction that prevented E15 from being sold in the summer months. On May 31st – and after over a decade of hard work by Growth Energy, our members, congressional champions, and folks across the nation – this landmark victory was achieved.

To celebrate this momentous occasion, we’re looking back at major milestones in our fight to secure year-round sales of E15:

Moving to a nationwide E15 standard would save $12.2 billion in fuel costs - every year. That's meaningful for American drivers. https://t.co/0YVDOqVekX

We recently hosted U.S. Sen. Steve Daines at the CHS refinery in Laurel, Montana. The event included a tour and a discussion about domestic energy policy, and how the refinery supports our customers and owners across rural America. https://t.co/xe0NF7MSUb

.@RepCheri in @FoxBusiness: When we blend ethanol into our gasoline, it reduces harmful emissions almost in half, brings down the price for consumers by up to 60 cents per gallon and supports American farmers. foxbusiness.com/energy/ethanol…

Japan has committed to taking all available measures to double demand for bioethanol, including for sustainable aviation fuel and on-road fuel, by 2030 to reduce dependence on imported petroleum. This move translates to roughly over an E3 blend → whitehouse.gov/briefing-room/…