“The global appetite for ethanol has never been higher,” said Growth Energy CEO Emily Skor. “Countries around the globe are recognizing the significant role biofuels play in achieving their economic and climate goals. At Growth Energy, we are working to keep this incredible momentum going so the global ethanol outlook continues to flourish in 2019.”

The steady increase in ethanol exports over the past three years marks the expanded role that ethanol-blended fuels play in helping countries around the world achieve their economic and environmental goals. Countries such as Brazil, China, India, Canada, and the United States have begun integrating higher blends of ethanol into their fuel stream, and Growth Energy expects the global demand for the cleaner, more affordable fuel blend will continue to rise in 2019. Additionally, this year’s growth is significant given the current trade barriers that reduce access to stable markets abroad for America’s producers and farmers.

“We have seen impressive growth in biofuels markets abroad over the past three years, especially in a number of key markets,” said Growth Energy Senior Vice President of Global Markets Craig Willis. “With the highest national blend rate in the world Brazil, in particular, has seen record-breaking imports on the year. We look forward to growing the opportunities for ethanol producers and farmers through continued engagement with key partners like Canada on biofuels policy while working to reduce trade barriers in China and the EU.”

In 2018, Growth Energy submitted 5 comments on biofuels-related regulations around the globe, including comments to Canada, the European Union, the United Kingdom, and Japan. In 2019, Growth Energy submitted two further comments in Canada on the Canadian Clean Fuel Standard and the Province of Ontario’s ‘Made-in-Ontario Environment Plan’ and plans to continue to engage with key biofuels regulations around the globe. 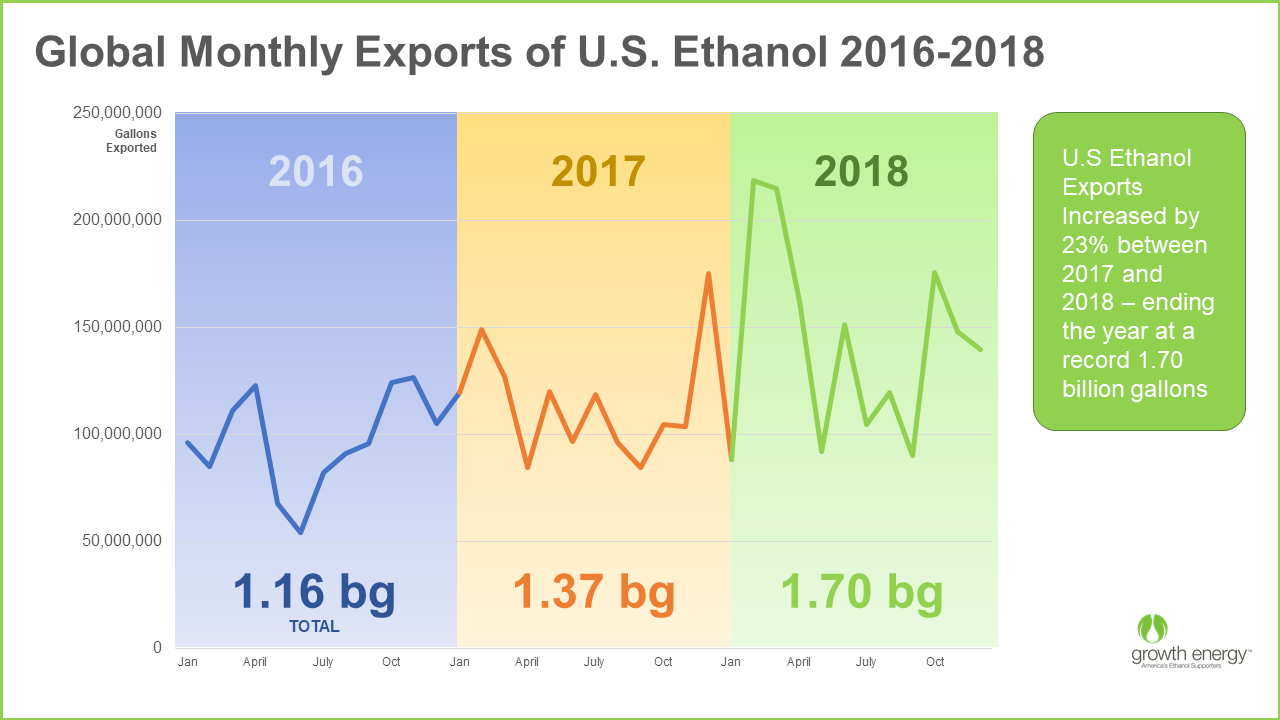