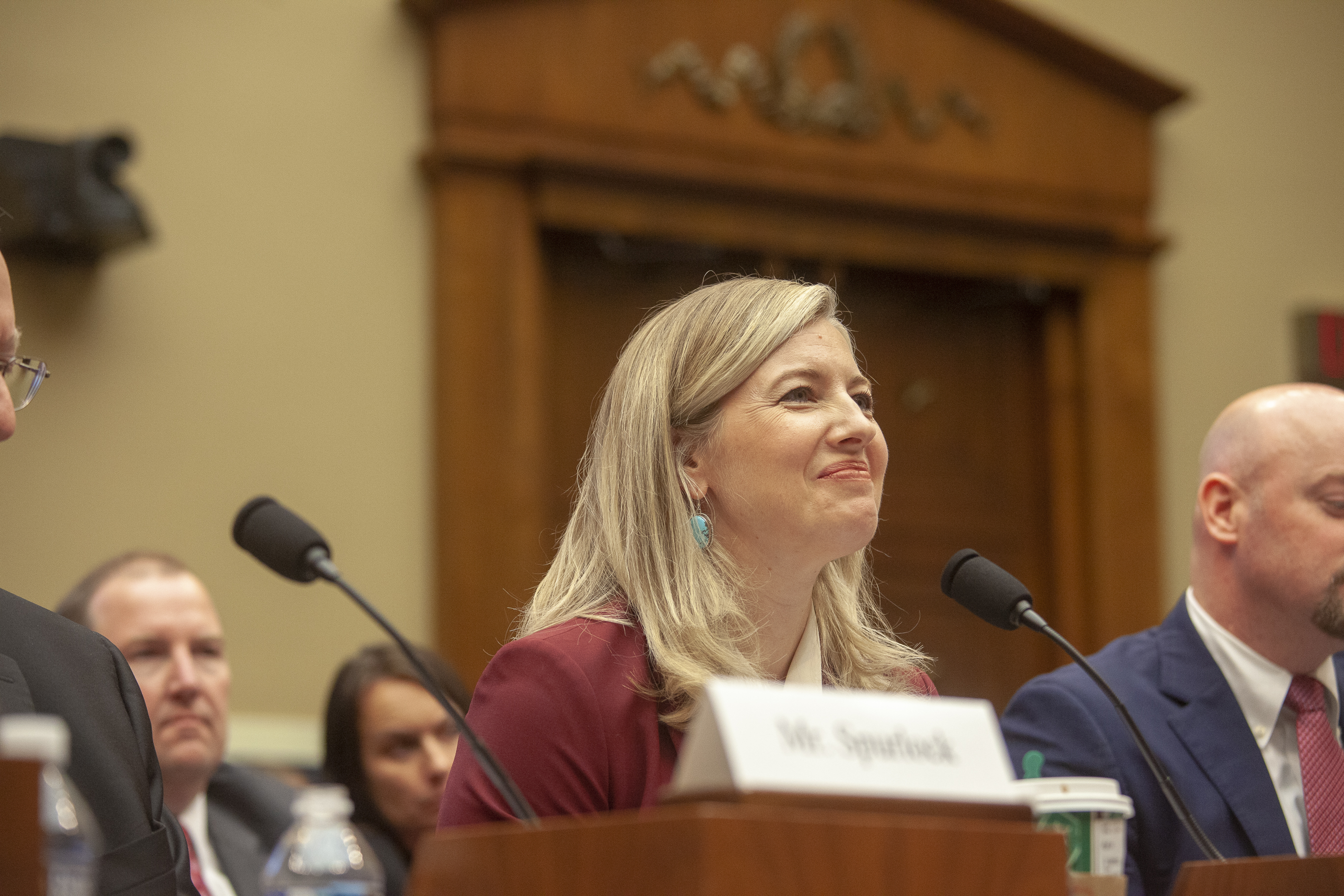 WASHINGTON, D.C. —  Today, Growth Energy CEO Emily Skor appeared before the U.S. House of Representatives Committee on Energy & Commerce Subcommittee on Environment’s hearing on the discussion draft put forth by Representatives John Shimkus (R-IL) and Bill Flores (R-TX) to repeal the Renewable Fuel Standard (RFS). Skor testified on the success of the RFS in creating ethanol demand and achieving its’ goal of providing drivers with a cleaner-burning and more affordable fuel at the pump:

“Today, ethanol is 25 cents less per gallon than gasoline, and was as much as 90 cents lower earlier this year,” said Skor. “The past decade has shown oil companies will actively ignore economic incentives to prevent market entry of higher ethanol blends.”

“Only by coupling a stable RFS with a significant boost in octane from a mid-level ethanol blend, can consumers realize significant cost savings, increased engine efficiency, and substantial environmental benefits. Unfortunately, this draft as proposed will lead to reduced blending of cleaner biofuel and it will raise costs significantly for American drivers.”

Additionally, Skor noted that while Growth Energy supports many aspects of the draft, it “misses an opportunity to lay out a bold vision for the future of affordable liquid fuels and to make a significant impact – restoring growth in America’s rural communities and carbonizing our nation’s fuel supply.”

Earlier this year, Skor testified before the committee on the benefits of higher ethanol fuel blends. Read Skor’s November 2018 statement on the first release of the Shimkus/Flores discussion draft here.

"With the second anniversary of year-round E15 just around the corner, prospects are bright for America’s biofuels industry." Read CEO @EmilySkor's piece on the importance of another summer driving on E15 → ethanolproducer.com/articles/18124…

ONE WEEK → We have exactly one week to make our voice heard and let @EPA know that updating E15 labeling is vital to the American economy and environment. Take action here: growthenergy.org/act

The deadline to make your voice heard on the importance of access to E15 is around the corner! Tell EPA to encourage the sale of E15 and unleash the environmental benefits of ethanol → growthenergy.org/act https://t.co/tmlHPlyqUG