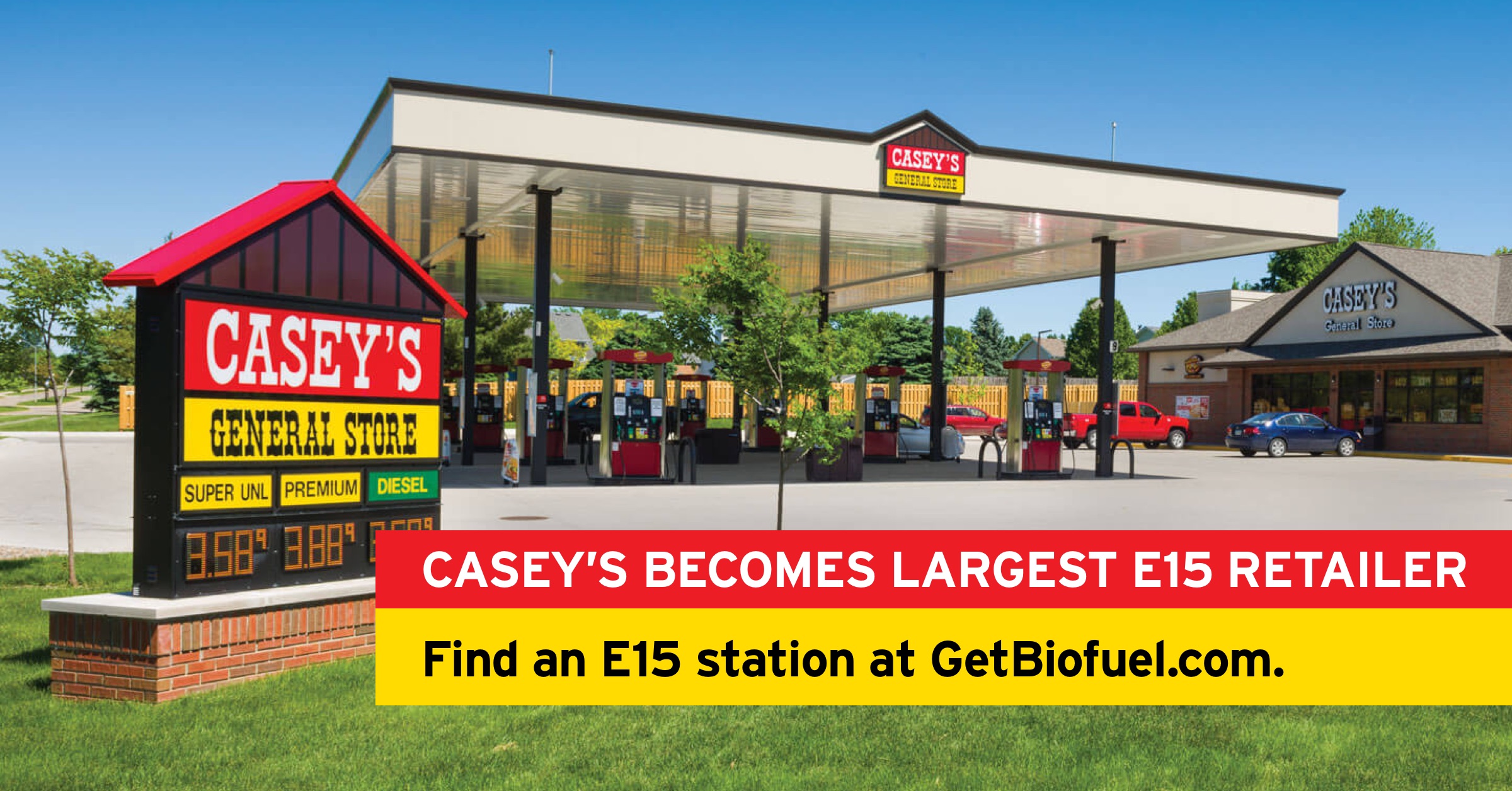 WASHINGTON, DC – Casey’s General Store today unveiled a partnership with Prime the Pump, a Growth Energy partner and nonprofit organization dedicated to helping to give more Americans the choice of E15 at the pump. Casey’s will expand its offering of E15 – a fuel with 15 percent ethanol –  to potentially more than 500 of its locations over the next few years. E15 is approved for 9 out of 10 cars on the road today and American drivers have surpassed 5 billion miles on it.

“Since first rolling out E15, we’ve seen the benefit the biofuel blend offers in terms of value for our customers and a competitive advantage for our business,” said Casey’s Director of Fuels Nathaniel Doddridge. “We’re excited to partner with Prime the Pump and Growth Energy to build on the success and accelerate our offering of E15 to even more of our customers.”

“We are thrilled Prime the Pump is entering into partnership with Casey’s and taking it to record-breaking heights to give more American drivers a cleaner burning, engine-smart option at the pump,” said Growth Energy CEO Emily Skor. “Casey’s has seen the value E15 brings to their business and to their customers, and will soon be the nation’s largest E15 retailer. This announcement underscores the critical need for lawmakers to approve year-round use of E15.”

ABOUT CASEY’S GENERAL STORES
Casey’s General Stores, Inc., headquartered in Ankeny, Iowa, owns and operates over 2,000 convenience stores in 16 Midwestern states. The stores offer self-service gasoline, a wide variety of grocery items, and prepared foods, such as made-from-scratch pizza and donuts, chicken tenders, and sandwiches. Casey’s operates its own distribution centers, delivering approximately 90% of in-store products as well as approximately 75% of the fuel sold at its stores.

ABOUT PRIME THE PUMP
Prime the Pump is a non-profit organization dedicated to making higher biofuel blends, like E15, available to more Americans across the nation through partnerships with the nation’s leading fuel retailers and convenience stores. Read more on how Prime the Pump is opening the marketplace for E15 HERE.