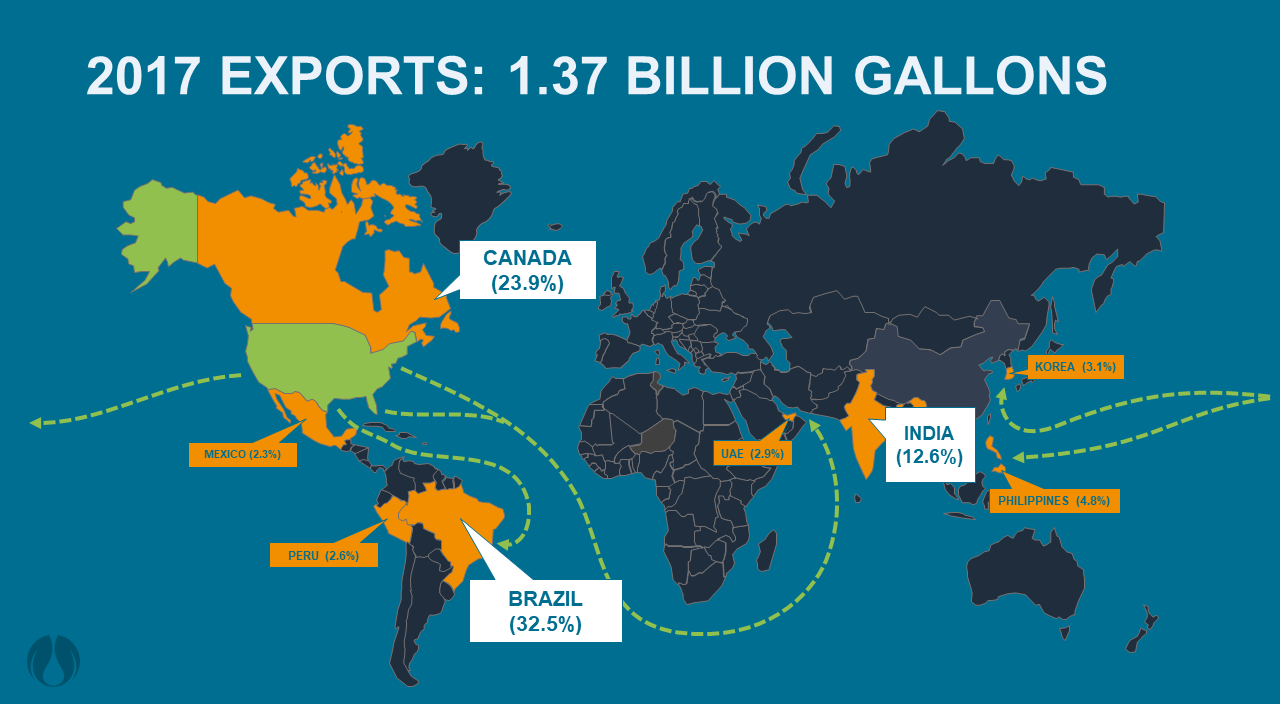 As fuel ethanol has continued to gain popularity across the globe for its many benefits to both consumers and the environment, it has also garnered the attention of critics determined to undermine its success. With ethanol prices at record lows and with government after government committing to increasing ethanol blends, it is increasingly clear that biofuels are here to stay. The benefits and stability they offer to consumers are recognized both at home and abroad, in addition to their wide range of co-products.

Despite the recent volatility in oil prices, or their tendency to change rapidly or unpredictably, ethanol consistently continues to be the more affordable and cleanest fuel option available. However, ethanol detractors to try to falsely claim that ethanol increases food prices, especially during periods of low oil prices. But that’s just wrong.

Their claim relies on studies that have since been disproven and fail to properly address the relationship between ethanol and oil in the blending process, particularly as it relates to the rapid change in energy prices. More recent studies have rectified these oversights and re-examined the impacts that corn ethanol has on food prices, showing that ethanol does not have a significant impact on food prices.

A popular study critics often cite is the now debunked 2009 Congressional Budget Office (CBO) study that found that Renewable Fuel Standard-related policies raised the price of corn by around 1 percent. However, studies since then, such as the 2010 study by the World Bank or the 2014 CBO study, have found that ethanol and biofuel production have negligible impacts on food price. In some cases, food prices even spiked during years of reduced ethanol production, and these more recent investigations criticized past studies for not including analysis of energy prices on food prices:

“Yet while the debate has focused mostly on the amount of food crops that have been diverted to the production of biofuels, and the resulting effect on prices, less attention has been paid to a more important issue linked to this development — the level at which energy prices provide a floor to agricultural prices.” – 2010 World Bank Study on 2006/08 commodity price booms.

On the other hand, inputs like oil have historically been the primary driver of food price increases. While the increase in the demand for corn may raise average corn prices, much of this is offset through the production of distillers dried grains (DDGS), a co-product of ethanol which maintains all the non-starch nutrients in corn for use in feed. DDGS prices are consistently lower than corn prices used for feed and have increased dramatically in production over the period of 2009 to today.

Another important factor is the many environmental benefits and fuel cost savings of ethanol at the pump. The later 2014 CBO report suggests that the impact of increased ethanol production on food prices would be less than one-quarter of a percent, with increases in food prices linked more heavily to the far more volatile oil markets, as well energy prices generally.

Innovation can only flourish where it is wanted, and it is important that we allow biofuels grow through increased market access and legislation that ensures a fair playing field. Misinformation and living in the past are not the way forward to keep American made fuels going strong.

We give a lot of attention to the farmers and ethanol producers, but our industry relies on quite a few more links in the supply chain. This is a great look at the hardworking folks who haul corn from the farm to the plant year-round. ksn.com/gooddaykansas/…

#E15 hits a milestone, but @EmilySkor @GrowthEnergy says @EPA must provide #biofuels “regulatory clarity and certainty to get the industry on the road to recovery” https://t.co/uwXEKZyAgp

It was great meeting with @GrowthEnergy on Wednesday to talk biofuels & trade. The COVID-19 pandemic has only deepened the challenges facing our ag & energy industries, and it was great to discuss solutions. I’m committed to getting real help for our farmers and producers. #IA01