Just days after pounding the marble on Capitol Hill for Growth Energy’s Biofuels Summit, I returned to the Rayburn House Office Building again on Wednesday, Sept. 20—this time to moderate a briefing on the Renewable Fuel Standard (RFS) called, “The Reality Behind the RFS: The Economy and the Environment,” which was hosted by Fuels America, a coalition we are proud to be a part of as we work together to protect the RFS and promote homegrown biofuels.

During the briefing, more than 50 Hill staffers heard from non-partisan, unbiased voices representing auto-makers, the environmental community, and agriculture. The panel of speakers included Josh Nassar from the United Auto Workers (UAW), Jessie Stolark from the Environmental and Energy Study Institute (EESI), Jan Lewandrowski from the U.S. Department of Agriculture (USDA), and Jonathan Coppess from the University of Illinois.

The goal of the briefing was to hold an honest conversation about the value and impact of the RFS, based on irrefutable facts and data. Needless to say, I was excited to be in front of a room of Capitol Hill staffers, ready to hear the facts!

During the briefing, panelists discussed the environmental and economic benefits that come from the RFS. They relayed many of the main points we often make when talking about all the ways biofuels are good for our country. 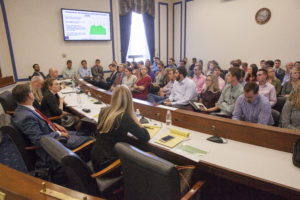 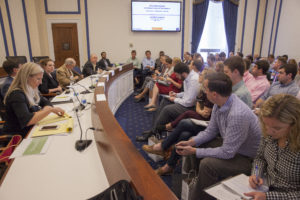 As Jonathan from the University of Illinois noted, the RFS has been key in driving demand for the corn market. Without the RFS we’d have, “more corn than we’d know what to do with.” Josh from the UAW underscored how the RFS has boosted job development.

On the environmental front, Jan from the USDA discussed how ethanol has led to a decrease in emissions.

But I have to say that I thought Jessie from EESI said it best when she told the staffers in attendance that if they left with one take-away, it should be that, “Oil is getting dirtier, and biofuels are getting cleaner.” It’s hard to refute that statement given the data she shared to back it up!

Our thanks to Fuels America from bringing these expert voices together. We look forward to our next collaboration! 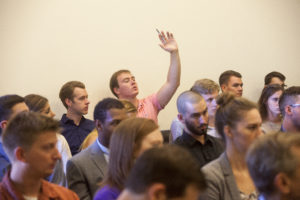 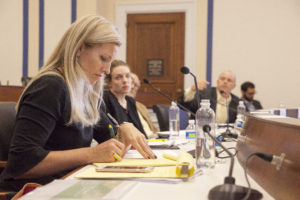