Growth Energy received an extra special delivery this week: a piece of Austin Dillon’s No. 3 Chevrolet SS that he drove during the Coke Zero 400 at the Daytona International Speedway this past July! 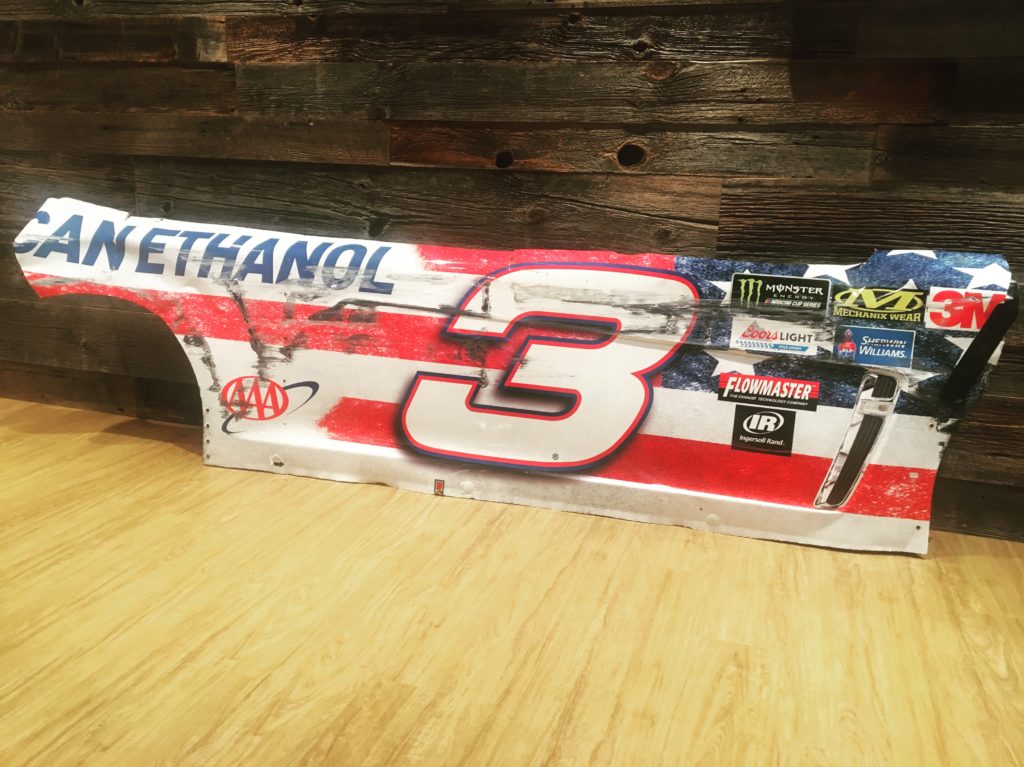 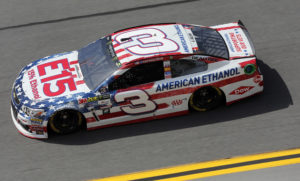 As you can see, the car was decked out in a patriotic American Ethanol paint scheme, in accordance with the NASCAR Salutes campaign earlier this year. Employees from Growth Energy member companies who served our country in the military (and their spouses) accompanied Grand Marshal and Growth Energy Board Member General Clark at the track. Unfortunately, Austin Dillon was involved in an accident during the race, which is why you’ll notice that the body panel of the car is scraped and dented; however, the paint scheme was a huge hit among our members and fans at the track.

It was quite the ordeal to get it here (see below 😉), but we’re very grateful to Richard Childress Racing for sending us this awesome reminder of the power and performance of Sunoco Green E15, made with American ethanol. As Growth Energy CEO Emily Skor said before the race:

“Our partnership with NASCAR and Richard Childress Racing goes beyond sponsorship agreements. We share many of the same ideals, which makes being a part of the sport such an enriching experience for Growth Energy and American Ethanol. We are working to make sure that every NASCAR fan in America is a fan of ethanol. We are confident that more and more NASCAR fans will come to value our industry as one that embodies the values they hold dear.” 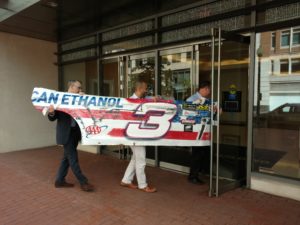 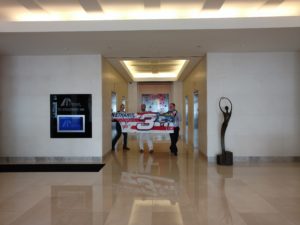 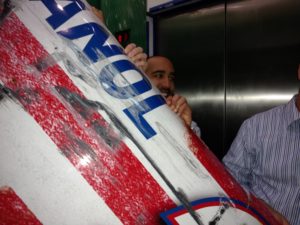 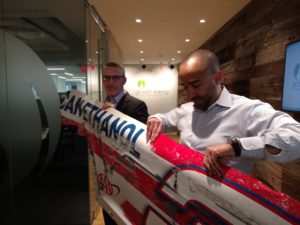