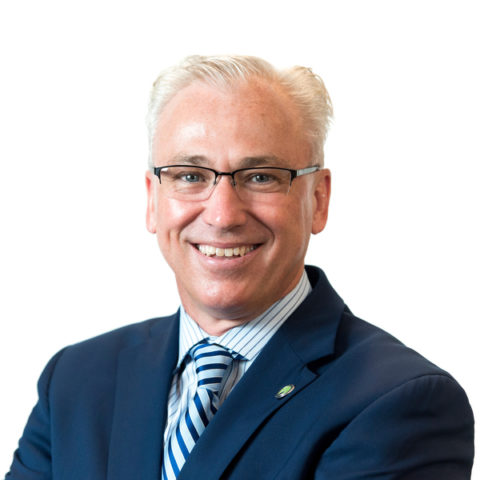 Craig Willis joined Growth Energy in June 2018 as Senior Vice President of Global Markets.  In this newly created role, Craig will oversee the organization’s market development efforts to increase ethanol’s footprint both at home and abroad.

Prior to joining Growth Energy, Willis worked 25 years in various roles of increasing responsibility at ADM.  Craig spent the last ten years in the company’s ethanol business, serving most recently as President of the business since 2015.  Willis held various roles throughout his career at ADM which include experience as Commercial Manager of several large oilseed and corn processing plants in the US.  He also managed origination and transportation assets within the Origination segment of the company in prior years.

Craig grew up on a farm in Monmouth, Illinois during 1980’s farm crisis.  The memories of those times drive him to grow more demand for corn to prevent a similar crisis from occurring again.

Craig and his wife Jill reside in Forsyth, IL and have two sons Reid-20 and Jay-18.

Growth Energy is proud to represent members of all sizes from all over the country, and as Congress readies aid packages we'll be working to ensure our members are connected to the resources they need most. We will be with you every step of the way.   npr.org/2020/03/26/821…

Getting some practice laps in before the race this Sunday 🏁 don’t know if Gucci recognizes her dad without the stache https://t.co/AOJSnmJgJl

The ethanol industry is a powerful engine for economic growth in rural America — it brings good jobs to rural communities and gives fair prices to farmers. This downturn in demand puts that entire system under immense pressure. agweb.com/article/ethano…